A downloadable Visual Novel for Windows, macOS, and Linux

Inna is 22 and a social recluse with a most unusual skillset: assassination. Under pressure of changing her ways, she takes on an assignment very different from what's she's accustomed to. Her new job requires her to look out for a 17-year-old girl while she is in college. What sounded like an easy piece of work – with the plus of turning over a new leaf – turns out to be quite the predicament for Inna... in more than one way.

This release features 3 complete endings, and 1 ongoing one. 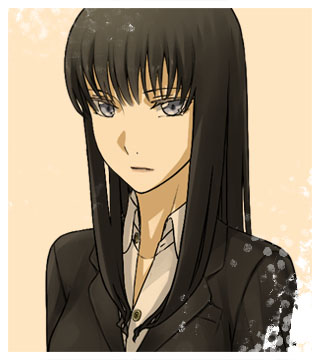 The protagonist.
Inna generally avoids social interactions, save for the ones with her contacts and clients. Contrary to her "cold" professional image, when relaxing at home she could be mistaken for any other regular 22-year-old girl. 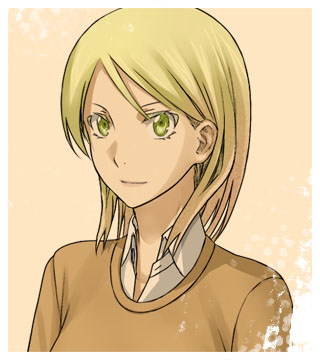 The romantic interest.
Lillian is a 17-year-old, outgoing college girl with a stubborn streak that she most likely inherited from her father, a successful lawyer.

Inna's adoptive father.
Currently in the hospital, his health waning with each passing day. He's the main reason why Inna feels compelled to change her ways. 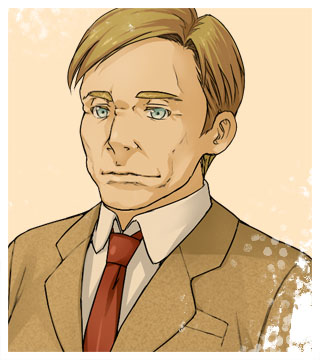 Lillian's father.
A well-known and ambitious lawyer. He's rarely home, but when he is he tries to make up for lost time by spending lavishly on Lillian. 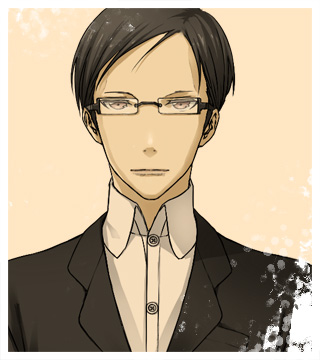 Inna's primary contact for work opportunities.
A mysterious, brusque man with a mind for business. He appears to have some shady connections.

*waiting for the full version*

Thank you for being so patient! The development on this game is currently on hiatus, but I'm looking to resume work on it in Q3/Q4 this year, and hopefully push it to completion in short order.

Hi! There is at least one planned update for this game, but it's looking like it may take a while since development is currently on hiatus. Hopefully, things will pick up again in Q3/Q4 this year.

I'd first like to say that I downloaded this game a while back and hadn't played it, I then completely forgot about it (I do that sometimes with games I download). So then a year--if not longer--later I was going through my games to see which ones I hadn't played and saw this one, and had no idea what it was. A large portion of the games in my library are yuri but I had assumed this was just a game that looked cool and I had picked it up because of that. So I walked into this game having not known it was GL.

Anyways; I played the game and got the continuing 'ending' and proceeded to get the "happy" (I dunno what they're all called; it has a photograph on the title screen) ending. So, I now knew it was yuri and this surprised me having thought it was a thriller or noire story. And I must say that the relationship between Inna and Lillian is subtle in anything but the photography and one other end. So I've gotten three endings and one "ending" that ended with "not finished". So here we are, I'm quite shaken from one of the endings and I think I will be for a little while, but even so this game is very neat and I love a lot of what it has to offer especially it's setting and story since it's rare I see yuri in this fashion (only Marriage Black comes to mind and that's not even set in this era).

I love the art, the story is great, the romance and dynamic between Inna and Lillian is charming, the music fits. In general this is a pretty well put together game and it's a fun play with a story unique to the yuri scene. The only thing I don't like is that it's unfinished and being from 2015 I don't see it ever being done, especially seeing as how many yuri projects from 2015 have been abandoned. But I'd really love to see this one raise from the dead because it's probably the best from the other dead 2015 games and is just great.

That's mostly it: I'd like to see a full release and would love to see more from this author regardless (though preferably finished games; this game's quality shows that--if it was longer and complete--I would pay to get the full release.

Thank you for reading my way-too-long comment on the game. And lots of thanks to DarkSin, Noyemi K, Helvetica Standard, Shadow and anyone else involved in this project, it's very fun even in it's current state.

Thank you for playing!  Your comment brought a smile to my face, it's always fun to read detailed feedback like this :)

I'm happy you found it unique! I generally want to create stories that I myself would have liked to read/play. Also I'm sorry you were shaken, but at the same time I'm glad that that ending had an impact on you haha.

I have two other games in the pipeline, but they are still in the pre-production phase and it will be some time before either of them see a release :)

And I do want to let you know that the game will definitely be finished! It might take some time as the team is quite busy with other projects and life in general, but there will be a full release. Cheers!

I agree, endings or moments in games that have that kind of impact are great and I love them especially from a narrative and broadening standpoint. I still get a bit shaken or stirred from well written ones and that one in particular was. I'm very very happy to hear the game will be completed at some point and quite excited that more projects are at least planned. I know life gets in the way some times so don't feel pressured to rush anything; as long as it's sure to be released, I'm content.

Thank you for writing me back, especially so soon. I hope the best for you and your team, I'm excited for the project and all future and will keep tabs on them for when they're finished. Good luck~! (not that you'll need it seeing as the current state of the game being pretty dang great as it is.)

Yes, I agree! I too like those impactful moments in stories. And thank you for the compliment!

Yes, we definitely intend to do our best :) Thank you once again!

a very, very intresting vn, keep it up!

Thank you! Glad you enjoyed it!

omg i finally found this game again...i was so excited about it but it seems like it was left unfinished ;/

Sorry for the late reply! I have not abandoned this game – I've been pretty busy over the past couple of years, but I have been working on it on and off. Recently, I worked out a schedule and have been actively working on the script (it is already 2.5x the length of the 1.2 release). I don't want to announce anything until I finish the script. Thank you for your continued interest!

i'm so glad to hear that! And i'll happily wait until the final result, i'm really excited to play it again, it's been 3 years after all <3

It's been quite long, hasn't it? Thank you for your continued interest!

Nice novel. I could gladly help with russian lines/names, but it seems like its abandoned, which is sad.

Thank you for your interest! This game has not been abandoned, I have recently started working on it a lot more actively. And I can always use help with the Russian bits in the game! Is there a way I can contact you?

Ah I don't use those... It would be great if you can send me an email

I believe its this one.

Great plot. With few endings based on players choices. It's great. I like when game allows player to make decisions :)

I can wait for ongoing ending :)

I'm very late, but thank you for playing! I'm glad you enjoyed the game. I am currently working on the final version~

I rather romance Inna. I wish the main character was Lilian.

Is it me or does Inna Antonova look an awfully lot like Nico Robin?

Is it me or does Inna Antonova look an awfully lot like Nico Robin?

Thanks! And I am working on that!

One of the best visual novels I've read through

Oh wow, that's so motivating to hear! I hope you will enjoy the final version as well. Thank you! (And sorry for the super late reply.)

I'll definitely be around for the final version

I'm glad to know that!

Literally made an account just to comment on this visual novel. It is amazing, I loved every second of it. The art is perfect for the game and I love the music too. The characters are all lovable and I really like  the way Inna and Lily connected. That was one of the reasons I got pulled into the game. I would love to play the full game when it comes out, and even if it doesn't come out it was still an awesome game. It had a great story and great characters. Can wait until the full game, keep up the good work.

That is simply lovely to hear! I'm so happy you had a good time with this VN, the team put in so much effort. And yes, there will be a full version, I am actively working on that. Thank you for your lovely comment and sorry for the super late reply!

Hi! The download is for Windows, macOS, and Linux.

This Visual Novel is simply amazing. I was hesitant at first but I found myself being dragged in by the main characters feelings and Lily's energy. It was adorable, funny and by the end I could not stop smiling. Thank you for making my day.

Sorry for the late reply! I'm happy that Inna and Lillian were able to pull you in – if it  brought a smile to your face then the route did it's job! Thank you for playing!

The art is beautiful . The setting are well done . And suprinsingly it's funny like hell . If I had to name something that was a bit of a let down , that would be the main character background . But other then that it's well done .

Sorry for replying so late! I'm happy you enjoyed the game. And the final version should rectify that, you will get some insight into how Inna came to be whom she currently is. 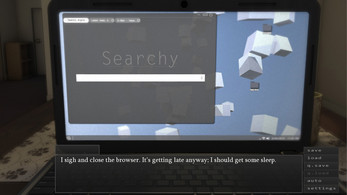 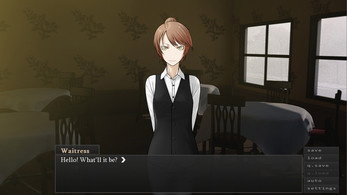 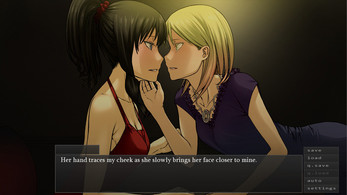 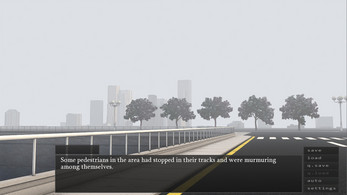 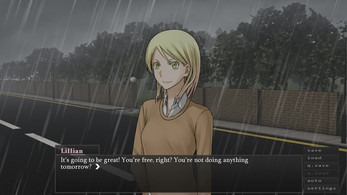 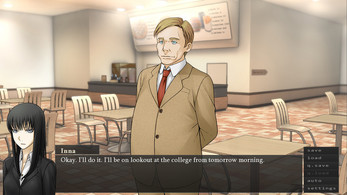 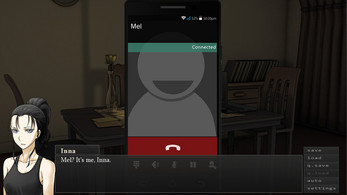